How I got Chad to stop hitting other children 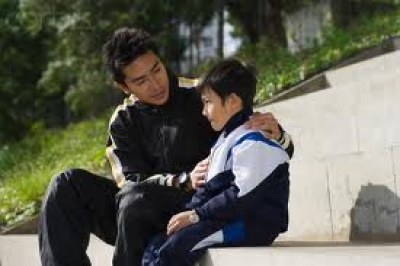 Chad was a child who had trouble expressing his anger and the parents informed me that there was a lot of sibling rivalry between him and his younger sister. Chad often hit children and we had already tried all of the skills. There came a day when I took Chad outside, to a quite place.

“Chad it looks like you have quite a few friends and you love playing with all of them. I notice that one of your best friends is Ashwin and you guys play with the cars mst of the morning. At times, it also looks like that some of the other children seem to annoy you and that makes you want to make them go away. It seems that as you do this, some children are getting hurt. We now need to think about how else we can support you to make sure everyone is treated respectfully.”

Taking a piece of paper, we wrote down all our ideas.

Robert: “What do you think Robert should do if Chad keeps hitting other children?”

Robert: “We could go talk to the principal……?”

Writing down all the ideas, Chad said, “I could go inside and sit on the mat.”

Chad shakes his head and I cross that out. Sitting on the mat had not proven successful so I said, “I see that Chad still hits other children so we need to think of another thing. How about going to Lamees’s class?”

Robert: “How long do you think you should stay there?”
Chad: “ Two weeks:”
Robert: “Two weeks? That’s a long time. I think two days is okay. What do you think?”
Chad agrees. We then write out on a paper, “If Chad hits other children then he will go to Teacher Lamees’s class for two days. Signed. Robert and Chad.” We both signed the paper and then I photocopied the agreement and gave him the original and I put the copy on the board so we would be reminded of our agreement. Chad restrained himself from hitting other children for a long time after that.

More in this category: « The next minute this pink lunch box came flying past me
back to top