Warning: count(): Parameter must be an array or an object that implements Countable in /home/www/robinbooth.co.za/libraries/cms/application/cms.php on line 464
 One way how to get your child to stop complaining 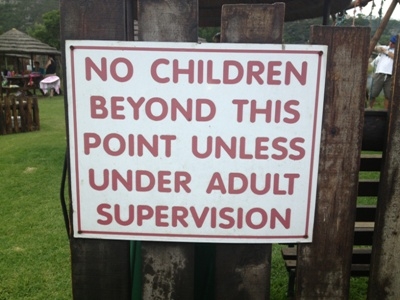 On average a child hears the word "No" or "Don't" over 400 times a day. I've been here at this playpark for an hour and lost count after the 200th time.
"Don't jump into the pool"
"Don't run on the grass"
"Stop whining while I put sunscreen on your face" 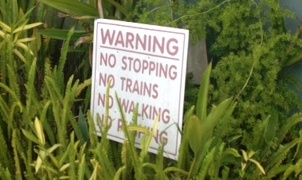 But the following example was my favourite one:

The family next to us was waiting for some friends to come. No doubt their children were the same age. The 6 year old went up to her mother and asked:

"Mom, when is Simone coming? Has she arrived yet?"
The mom replied, "I don't know"
"But why can't they come now?" was the quick response.
"Well what do you think I can do about it? Do you think your complaining is going to help?"

There was a forced silence and then the child shook her head and with a down trodden face said, "No". She began to walk away.
"Well are you having fun while you are waiting?"
As she left she defiantly said, "No and I'm not going to."

The mom didn't feel that upset. I guess this was the standard interaction between them and it was later confirmed when the same question about the friends late arrival was again asked 10 minutes later.

And the mom replied, "Why don't you just go and enjoy yourself in the meantime, you've got friends here."

Although it may come across as me judging this parent's cooperation techniques, my intention is more to create awareness of the short and long term impacts of the techniques we use.

I am sure this mother had good intentions. I am sure she wished the friends would arrive. I am sure she also wished that her daughter would understand the situation and deal with it.

But the techniques she was using are the traditional disempowering techniques of the generations before us. But they don't have to be.

In the situation above, the mother could have said even less but got a far better result and with greater ease.
"Mom, when is Simone coming? Has she arrived yet?

The mom could have replied, "I don't know. It sure sounds like you wish she would arrive right now. Would you like for me to call you as soon as I see them walk through the gate?"
"Yes please." would probably have been her daughter's response.

"And what would you like to do now while we keep waiting?"

If you want to stop your children from complaining or whining, it probably won't help if YOU 'complain and whine' about their complaining and whining.

In above example, the skills of acknowledging what they are hoping for (it looks like you wish they would arrive right now), and showing your support of that (shall I call you the moment when I see them) will literally transform the outcome from the inevitable resistance, conflict and resentment from traditional disempowering communication.

More in this category: « Kim shares how shouting was about making her child afraid of her, and now how she changed that. Your choice of words may be harming your child »
back to top