Warning: count(): Parameter must be an array or an object that implements Countable in /home/www/robinbooth.co.za/libraries/cms/application/cms.php on line 464
 I don't want to go to school unless...

I don't want to go to school unless... 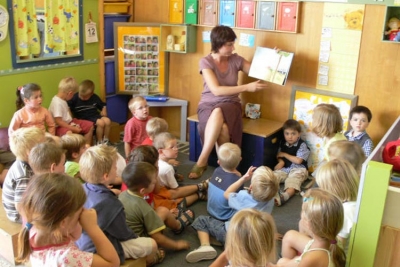 Jason had been sick for a couple of days and had been off school. I told him that he was returning to school the next day, and he said that he didn’t want to go to school. I humoured him, and the conversation went like this:

Me: “but you wouldn’t want to miss playball tomorrow would you?”

Me: “ Okay, we will tell your teacher that you are just coming to school for playball, and then you will come home again. But what about show and tell, are you happy to miss that?”

Jason “ Oh no, I want to go to show and tell – and playball, but come home for the other things.”

Me: “ Okay, just for playball, and show and tell, but what about story time?”

And so the conversation continued, until he wanted to be there for everything except for snack time – he decided he would pop home for snack time. We then decided that if he had something fun in his lunchbox it would also definitely be worth staying for that too. It really was a fun conversation, and Jason was laughing and very engaged as he felt very empowered.

It was a great way for him to realise that he in fact loved school, and I didn’t have to do any persuading!

More in this category: « He became quiet when I asked if a crab had pinched him. I really listened to why he didn't want to go to his old school »
back to top