Warning: count(): Parameter must be an array or an object that implements Countable in /home/www/robinbooth.co.za/libraries/cms/application/cms.php on line 464
 His friends calling him names - first the feelings, then the advice

His friends calling him names - first the feelings, then the advice 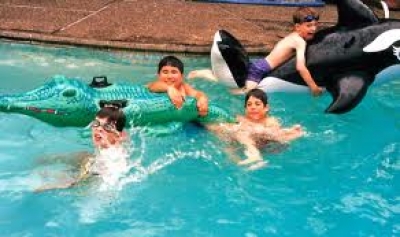 My example for this week happened when I went to fetch my 9 year old son Sebastian from a birthday party at which all the boys had been swimming. I could see that he was really angry/upset about something, so I asked him what had happened.

He said that one of his good friends had been calling him names over and over, but he didn't go into detail. He and the other boy really are the best of friends, so previously I would probably have just dismissed it as harmless fun.

This time though, I tried the listening skills we spoke about on Wednesday - I said that it must have been really hurtful for him to be called names, especially by a good friend. Sebastian agreed and started to tell me more - they had been swimming and he had been wearing goggles, when his friend started calling him "hairy goggles man" repeatedly. I managed to come up with a few more comments along the lines of "that sounds like it made you really angry", which really helped him to calm down.

I then went for the "rational" explanation that his friend probably didn't mean to hurt his feelings and was just having fun. We then spoke about what Sebastian could do if a similar situation happened again and I suggested that he just laughed and told his friend that that was a silly name - I think he understood that by getting angry, it just gave his friend more ammunition to keep on calling him "hairy goggles man", whereas if he just laughed it would have diffused the situation.

I realise there is a probably a lot I could/should have done differently, but it was very satisfying to be able to help Sebastian out of his hurt and anger so quickly when previously my lack of empathy would most likely have left him feeling angry and sulking for the rest of the afternoon.

Thanks for a great course, it really is helping me to think more carefully about how to react in situations like this one.

Read 1617 times
Tweet
More in this category: « This skill really works, and more than once Oh mama mia, here we go again - how do I stop this! »
back to top