Warning: count(): Parameter must be an array or an object that implements Countable in /home/www/robinbooth.co.za/libraries/cms/application/cms.php on line 464
 How blaming this child was going to the teacher no-where

How blaming this child was going to the teacher no-where 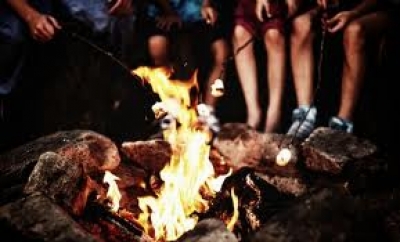 I was invited to attend a pre-school groups’ ‘camp fire evening’.  The 6 year old group came together on a Friday evening to eat boerewors rolls around a fire and sing songs at school. Each child also needed to bring a torch as the school lights would be turned off later in the evening.

It was a beautiful evening and the children were very excited and ran around the garden exploring the darkness with their torches. Soon enough a young boy came over holding out his torch which had fallen and had stopped working. He was crying.

“Well you’ll have to share with someone else then, Gary.”

“But I don’t want to!” Gary managed to sob out.

“Well, Gary, it’s broken and there’s nothing we can do about it. Crying won’t do you any good, but smiling sometimes does.”

“My mom will be really angry. Its my new torch.”

“Come now Gary, we are going to light the sparklers soon.”

More sobbing while trying to shake the torch into operation.

“Gary, your tears will put the lights out. Don’t ruin our evening. Look, Liam’s torch doesn’t work either and he isn’t crying.”

By now I was about to take the torch and smash it over the teacher’s head hoping to shake her into decent operation.

Later on in the evening, they lit the sparklers. As the children ran around waving the sparklers in the air, one child’s jersey caught alight. She came running over and it was soon put on with no injury.

“Who did this?” shouted the teacher. “Who lit the jersey? Anthony was it you? I saw you were playing close by.”

“Come on everyone. Who was it?”

I don’t know what the teacher had expected to gain by asking that question. The children had been playing around, waving their sparklers and occasionally they bumped into each other. I noticed Anthony looking very uncomfortable. I went over to him and said,

“It looks like it was an accident. Sometimes accidents like this happen easily. I don’t think anyone really meant to burn the jersey.”

Anthony looked at me. He looked a bit surprised but I could see he was sizing me up. He was wondering if I could be trusted.

As your awareness sharpens, and as you find respectful ways to resolve these kinds of issues, it can become unsettling to listen to the communication patterns of our spouses, friends and your child’s teachers. In every workshop the concern comes up of how to convey this awareness to spouses and other relevant people. It brings up dynamics of power, and perhaps new conflict. In the case above, the teacher was the principle of a well-known Cape Town school. Did I feel comfortable in pointing out to her another way of communicating that conveys respect? The thought of it was too uncomfortable.

More in this category: « I want the truth. Who started it?
back to top