Warning: count(): Parameter must be an array or an object that implements Countable in /home/www/robinbooth.co.za/libraries/cms/application/cms.php on line 464
 Guidance

These are skills and stories from the online session on FROM PUNISHMENT TO GUIDANCE. Do you know that punishment is a form of revenge? Avoid the damage that guilt and threats create on a child's selfesteem.  Learn alternative emotionally intelligent skills by clicking here to see more about this session.

“I walked in to the bathroom where my twin sons were having a bath. There was water on the floor, water on the mirror and my sons’ four year old faces grinning up at me. I asked them who had splashed water on the floor. No one said anything. I told them I wasn’t going to punish them, that I just wanted them to be honest.” I said I wasn't going punish them, but that was because I didn't understand that emotionally I was punishing them far more than a smack or "No TV tonight!" And this is why.. .
Read more...
%AM, %28 %958 %2012 %00:%May 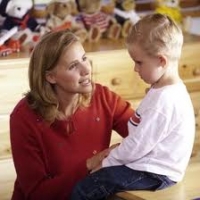 Today, I was struggling to get Tyler and Oliver (both 3 years old) inside the classroom from the balcony, to settle down with some work. After describing that the washing line on the balcony would break if hung upon and that we need to be gentle with it, and reminding them of the groundrules for the balcony, I still had no success! By this point I was frustrated and losing my patience as this had been going on and on and off for about 15 minutes. Aware of my feelings, I knelt down to their level and looked them in the eyes and calmly yet assertively said: “I feel angry when people do not listen to what I say!” I wasn’t sure this sat right with me? So I had another go and said: “ I feel angry when my words are not heard!” With that I extended my hand…
Read more...
%AM, %10 %456 %2012 %11:%Apr 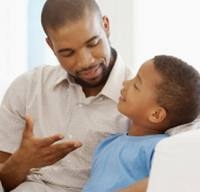 I had to apologise to Lynden today - my more tricky middle, Aspergerish child. On Monday, when it was hot, I had parked quite far from the school and he had to walk a block with no shoes on. He moaned and groaned and moaned and groaned and nothing I said could stop the whining. I had promised an ice cream or ice bite, but when I got home I said " that's it -  No Ice creams for kids who moan and complain so much". While I said that I noticed that I was really mean and that I felt pure revenge. He was really mad. Today I apologised to him - told him that I was wrong not to buy him an ice cream without warning him first that that would be a consequence. He appreciated the apology, and I got a hug tonight - quite a rare…
Read more...
%PM, %05 %888 %2012 %22:%Apr

Do SOMETHING DIFFERENT . That's resonated with my soul

Do SOMETHING DIFFERENT . That's resonated with my soul, and there have been lots of little chances to implement it. Adrian, now 7, doesn't listen. Ever. This morning I called him for breakfast, and he ignored me. I called again. He ignored again. Usually I would call another 3 times before my husband would come and shout at Adrian for not listening and I would shout at my husband for shouting at Adrian – I know this is silly, but it is how it has been for us. Do something different I thought. So I walked over to where Adrian was, and looked him in the eye and said in a firm voice  " I have called you twice and you haven't come. I need you to come and eat your breakfast now, and to come when I first call in the future." He didn't fuss or scream like he…
Read more...
%AM, %02 %441 %2012 %11:%Apr

I had my anger: it didn't have me. 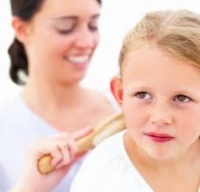 As I mentioned in the workshop last week, I have found each segment of the course to be very dense and loaded with food for thought. It has had a significant impact for me in rethinking how I communicate with my children and more specifically what I communicate to them. Last week I chose to look for more appropriate ways to praise Jenny as often what I had been saying and doing previously left her feeling frustrated. As occasions presented themselves, I described things clearly for her and gave her recognition by choosing specific words, that even if she did not understand them, she then asked me what they meant. During these times of more cognitive praise Jenny was far more interested in what I had to say and would actually stop what she was doing to listen to what I was saying. My general shift in language in the…
Read more...
%PM, %01 %885 %2012 %22:%Apr

In the early part of last week it seemed liked there was a lot of conflict in our family and by the end of the day I was feeling quite drained. Negative thoughts and feelings kept coming through. For example, “Am I not learning anything? Or at least am I not using the tools I am learning effectively?” “Why does everything feel like such a challenge?” But by the second half of the week I started seeing such a change. It became evident that the girls had actually learnt so much from the conflict of the earlier part of the week. With this I realized that there will always be conflict and communicating effectively does not mean that there will not be conflict. As long as we keep resolving things and learning from the conflict situations then we are actually on the right track. When I went into the ‘From…
Read more...
%PM, %10 %889 %2012 %22:%Mar

Instead of doing what I usually do, this is what I did differently

Michelle needed to shower, but had dirty hands which she, being only three and a half years old, wanted to first wash in the basin. The shower was already running and I had wanted her to get in and wash her hands there. (Silly little things one fights about , hey?) Instead of doing what I usually do, which is to pick her up, kicking and screaming and plonking her in the shower, (and having a distraught child for hours afterwards), I said  " Michelle, I'm cross that I am not being listened to. At the same time washing hands in the basin would waste precious water. So, I'm turning off the shower and going away for five minutes so I can cool down. I'll come and help you shower when I'm feeling calmer.' Which I did, without confrontation or resentment. Just do something different - very powerful!
Read more...
%AM, %02 %443 %2012 %11:%Mar

Letting them grapple with conflict on their own 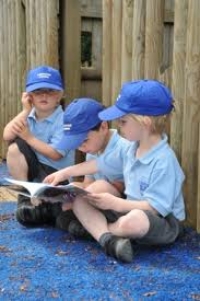 During ‘quiet play’ all the children (aged 4 & 5years) sit on the mat and play educational games or puzzles. Throughout the year I have been nurturing the life skills of negotiation and conflict resolution with the children. It was all summed up in the following incident. I was building a puzzle with two children with my back turned to a group of four playing a card game. As their game progressed, tension surfaced and accusations of cheating were thrown around. Pretty soon they called me to intervene. I turned around and said, “Guys, it sounds like that some children are not playing fairly. If you don’t like what is happening you need to speak to each other.” I turned my back again. I listened carefully as the group of children struggled to communicate their feelings and ideas about who was cheating and how they didn’t like it. I soon…
Read more...
%AM, %05 %457 %2012 %11:%Jan

How blaming this child was going to the teacher no-where

I was invited to attend a pre-school groups’ ‘camp fire evening’.  The 6 year old group came together on a Friday evening to eat boerewors rolls around a fire and sing songs at school. Each child also needed to bring a torch as the school lights would be turned off later in the evening. It was a beautiful evening and the children were very excited and ran around the garden exploring the darkness with their torches. Soon enough a young boy came over holding out his torch which had fallen and had stopped working. He was crying. “Well you’ll have to share with someone else then, Gary.” “But I don’t want to!” Gary managed to sob out. “Well, Gary, it’s broken and there’s nothing we can do about it. Crying won’t do you any good, but smiling sometimes does.” “My mom will be really angry. Its my new torch.” “Come…
Read more...