Is every day of my parenting life going to be like this? Hear Brad's response

Brad asks this question regarding some of the everyday challenges he faces in being a parent: "Is this going to be my life for the next 20 years?" and everyone laughs because we all seem to have these kinds of days.

This video clip is taken from the workshop session on "The introduction to Intelligent parenting". And when parents have finished the session, we ask them what they got from the session and what they are going to take away from it.

See what Brad shares with relief.

The top 5 reasons why intelligent parenting will lead to success 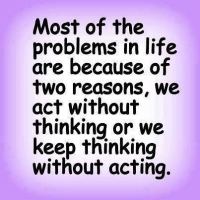 I ask the parents in the workshop, "Why are you here tonight?". This stumps many of them. Some reply back humorously, "I asked my wife the same thing. I thought we were perfect parents."

Amidst the grins and chuckles, my reply to them is to share why I WAS THERE that night, what could I offer and what could become possible for each and every parent there.

Do you have these qualities of an Intelligent Parent? 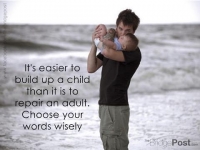 1.    If things are not working for an intelligent parent, they do not just resign themselves to accepting the way things are.
2.    They know they can have it all, while still enjoying the meaningful connections to their children and other family members.
3.    They have a deep respect for themselves and for other others and for life.
4.    They know that they have the responsibility to make it work in their family relationships and keep striving to make things happen.
5.    Intelligent parents take action.  They do not stay in a place of complaining about how 'hectic or difficult their children are.

see the video clip (4 minutes) of this introduction to Intelligent Parenting session.

What you need to know about empowering a child 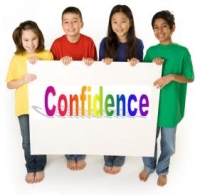 One of the biggest assumptions parents make is believing that having an empowered and confident child will make life easier for them. Maybe now their children will listen, pack away, do their homework on their own without being nagged at etc.

But in order to handle an empowered child, you need to up your own skill sets, otherwise your buttons will really be pushed and you will revert back to the traditional techniques used on you.

I call that stage of empowerment, the vomit stage and..

If we could do this in schools

I believe that a posisble answer to our education challenges stares us in the face everyday. It is people who MAKE education, and not education that makes people. What would it be like for us to create the results we are so wishing for in our education system becuase of who we ARE? That is my wish and is the premise that the Synergy Schooling Approach proved.

Here is a short video clip where I share some of my thoughts on this. 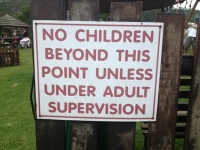 On average a child hears the word "No" or "Don't" over 400 times a day. I've been here at this playpark for an hour and lost count after the 200th time.
"Don't jump into the pool"
"Don't run on the grass"
"Stop whining while I put sunscreen on your face"
But the following example was my favourite one: "Do you think complaining that your friend is not here is going to help the situation?" 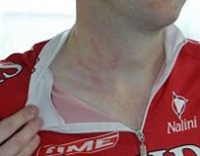 How to unlock the boundaries that are not working for you 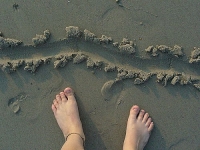 The first time they don't keep the boundary I get frustrated that they didn't listen to me.
The second time I start complaining that they don't take me seriously.
The third time I get really angry and start threatening them.
The fourth time I lose it.
The fifth time I look to see how I can punish them. Maybe that will teach them a lesson.
The sixth time.... oh my...already on the 6th time... I just give up. Children will be children.

The following video clip shows how and why this happens. It doesn't have to be this way.

The three things you need to know in setting intelligent boundaries

To put a boundary in place with your children depends on your skills in the following three areas.

Otherwise you end up having to resort to shouting, threats, punishment and manipulation. I choose not to do that in my household. Watch this video clip to find out more about setting really great boundaries in a dignified and respectful way.

Every family has its traditions right? The kinds of things we do a certain times that either makes us weird, or inspiring to others?

Does your family make things at Chrsitmas time, or do you celebrate seasonal changes?

Amanda shares some of the special celebrations her family has stumbled upon, or consciously created .... read on.

I am at a cross roads and stuck...

And today I find myself at a crossroads - yes a self imposed one, not created by anyone else other than me.  I came to a decision that I HAD to do something about a certain situation that has not been working for me and I thought that I must do something about it TODAY!

Trying to understand his world got him to bed 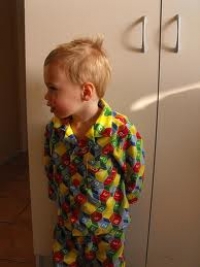 Tonight, Brian (my youngest of two and a half years old) was postponing bed for about 15 mins with all kinds of futile ideas.

Surprisingly, he just said, “Ok we can go now”. I could not believe this. It is as though my just showing him that I had wanted to understand was the puzzle that unlocked him. YES!

On a recent trip to Swaziland, I took on the challenge of doing just that. Here is a video clip of achieving those goals.

What would you do if you found a dying starfish on the beach?

This story has been around the block many times and seems to be a huge driver for teachers. Often teachers wonder what impact they are having, and at times find it difficult to spend so much time on one child when our whole education system is in crisis.

Sometimes we can't predict what the outcomes of our actions are going to be, so we just take it a step at a time. 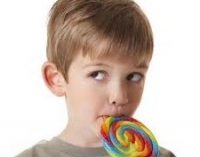 You are only stuck because you are not doing something different. There is no other reason. You are also only stuck because you just do not know the solution. So the quesiton to ask is whether you find yourself complaining that you don't have the solution, or do you spend your time and energy in doing something different so as to see if you get a different result.

In this interview with Christpoher Nevill (an expert in the field of personal development and accessing your better potential), I explore with him this stumbling block for so many parents. Doing the same thing over and over again but expecting a different result.

I have done many interviews with him and they will be published on this blog as we release them. To see what we have released, you can find many of them here