Warning: count(): Parameter must be an array or an object that implements Countable in /home/www/robinbooth.co.za/libraries/cms/application/cms.php on line 464
 Displaying items by tag: sibling rivalry
%AM, %26 %345 %2014 %09:%Sep

Mom, he is not letting me have a turn on the ipad! 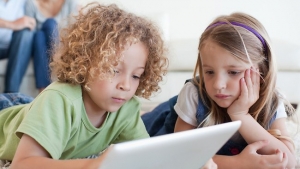 What would you do if your two children kept fighting over whose turn it was on the ipad? How do you decide whose turn it is, and what is fair for both children?

Why these parents are getting these incredible results. 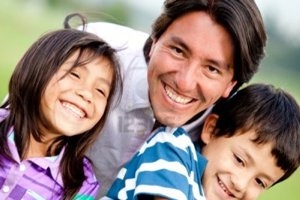 I have often wondered what it is that gets these parents these results. Cooperation, trust, flow, harmony. I think I know at least one answer. To get these results, this is what you have to understand, and do. 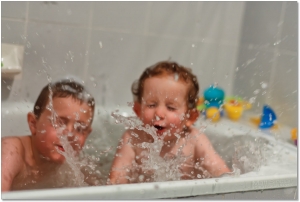 I said I wasn't going punish them, but that was because I didn't understand that emotionally I was punishing them far more than a smack or "No TV tonight!"

And this is why..

Sibling Rivalry while getting children to sleep.

In this video clip taken from the online session on Setting Effective Boundaries, Amanda shares how she decided to take on ensuring her youngster got the sleep that she needed. And it made a HUGE difference to her in time and energy.

Diligence is the third criteria needed for setting effective boundaries.Detail is the first, and Delivery is the second. Without these three criteria all being met, your boundary will not last.

Please share your insights, your inspirations or comments below:

How my acknowledgement of his situation saved the sibling rivalry 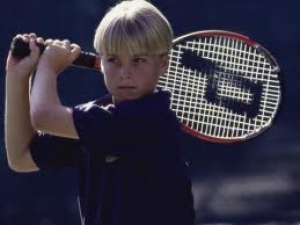 My two boys were playing tennis for the first time and the youngest was being a really bad loser. As I was watching, I saw my eldest son relax and allow Phil to win.

Afterwards when Phil had beaten Matthew, he started to show off and I could see Matthew starting to feel angry and wanting to retaliate. I walked over to Matthew said quietly, “I saw what happened on the court - it takes a big person to do what you did to keep the peace”. He immediately smiled and was his old self again and the moment passed.

A note like this may change your relationship to your child 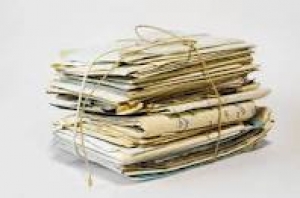 Philip, my younger child, started seeing a girlfriend during the holidays.  They went to the movies a couple of times as well as to lunch. I was a little concerned that my older son, Matthew, would tease Philip about Tara and try to embarrass him. Much to my surprise he didn't.

I mentioned this at the workshop and Robin asked me whether I'd let Matthew know that I had noticed his behaviour. I decided to write him a note, praising him, which I did.  I've just gone and got the note out of his box where he keeps special things - he still has it 3-4 months later.

Dear Matthew.    Since Tuesday - Philip and Tara’s date - I've been thinking a lot about how well you handled this 'new situation'. I wanted to tell you that I noticed how you gave Phil the opportunity to be with Tara without interfering. I have also noticed that since the date has happened, you've once again not intruded on his friendship with her.  You've behaved in a very understanding and mature way and I wanted you to know that I've noticed your behaviour and I've been feeling very proud of your maturity.  It can be tough growing into a young man. This is certainly an excellent beginning.

This note had a profound effect on Matthew - he suddenly became more sure of himself - not in a cocky way - but in a quietly confident way. He acknowledged the note with a smile and we have never discussed it, but it was one of the most positive interactions I've had with him.

How I got Chad to stop hitting other children 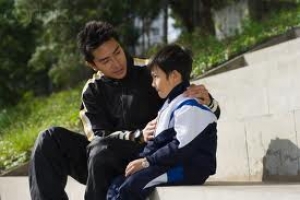 Chad was a child who had trouble expressing his anger and the parents informed me that there was a lot of sibling rivalry between him and his younger sister. Chad often hit children and we had already tried all of the skills. There came a day when I took Chad outside, to a quite place.

“Chad it looks like you have quite a few friends and you love playing with all of them. I notice that one of your best friends is Ashwin and you guys play with the cars mst of the morning. At times, it also looks like that some of the other children seem to annoy you and that makes you want to make them go away. It seems that as you do this, some children are getting hurt. We now need to think about how else we can support you to make sure everyone is treated respectfully.”

Taking a piece of paper, we wrote down all our ideas.

Robert: “What do you think Robert should do if Chad keeps hitting other children?”

Robert: “We could go talk to the principal……?”

Writing down all the ideas, Chad said, “I could go inside and sit on the mat.”

Chad shakes his head and I cross that out. Sitting on the mat had not proven successful so I said, “I see that Chad still hits other children so we need to think of another thing. How about going to Lamees’s class?”

Robert: “How long do you think you should stay there?”
Chad: “ Two weeks:”
Robert: “Two weeks? That’s a long time. I think two days is okay. What do you think?”
Chad agrees. We then write out on a paper, “If Chad hits other children then he will go to Teacher Lamees’s class for two days. Signed. Robert and Chad.” We both signed the paper and then I photocopied the agreement and gave him the original and I put the copy on the board so we would be reminded of our agreement. Chad restrained himself from hitting other children for a long time after that.

I bet you wish sibling rivalry looked like this

I am sure every parent that struggles with sibling rivalry wishes their children could have a relationship like this one. And it's possible. There are some amazing skills to learn to create these deep relationships. Conflict resolution, problem solving, listening with intent, engaging cooperation etc are just a few. Check out the Siblings with Success workshop session to learn them.

What to do with sibling rivalry in your home 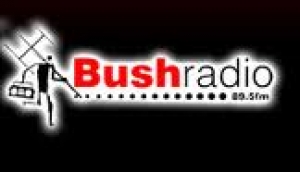 This interview took place in 2010 leading up to a Siblings with Success workshop.

Both girls wanted to go first 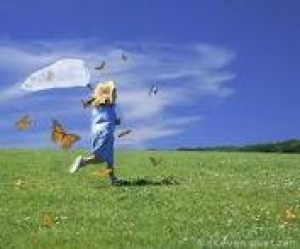 We were outside enjoying the sunshine over the weekend when I suggested to Jane (age 5) and Betty (age 8) that we put down a blanket so that I could do the henna tattoos on their tummies that they had been asking for. Both girls immediately expressed that they wanted to be painted first.

I just listened, hoping they would resolve the conflict on their own – they did not. I started by acknowledging that I understood that they both liked to be first and asked them how they thought we could solve this so that both girls were happy and without me having to find the solution for them.

They both thought for a while and then went straight back to ‘’I want to be first’’. I felt that they were not going to be able to find a solution on their own so I offered them ideas on what the other child could do while the first tattoo was being done, suggestions like catching butterflies with the fishing net, sitting and watching the tattoo design to decide if they wanted the same or something different or maybe colouring in on the blanket while I was busy.

Betty then decided it was ok that Jane go first but as soon as Betty did not express her interest in going first anymore Jane decided that she didn’t mind not going first either and wanted Betty to be first. Betty then ended up going first while Jane watched and both girls were happy once I had finished both tummies.

The girls were obviously unable to resolve the conflict without some interference from me but something happened that resulted in all of us being ok with the situation. What I found very interesting was that as soon as Jane, the younger child, heard Betty express no further desire to be first, she lost interest in being first – almost as if there was no longer a battle of their wills, and Jane then really wanted Betty to be first.